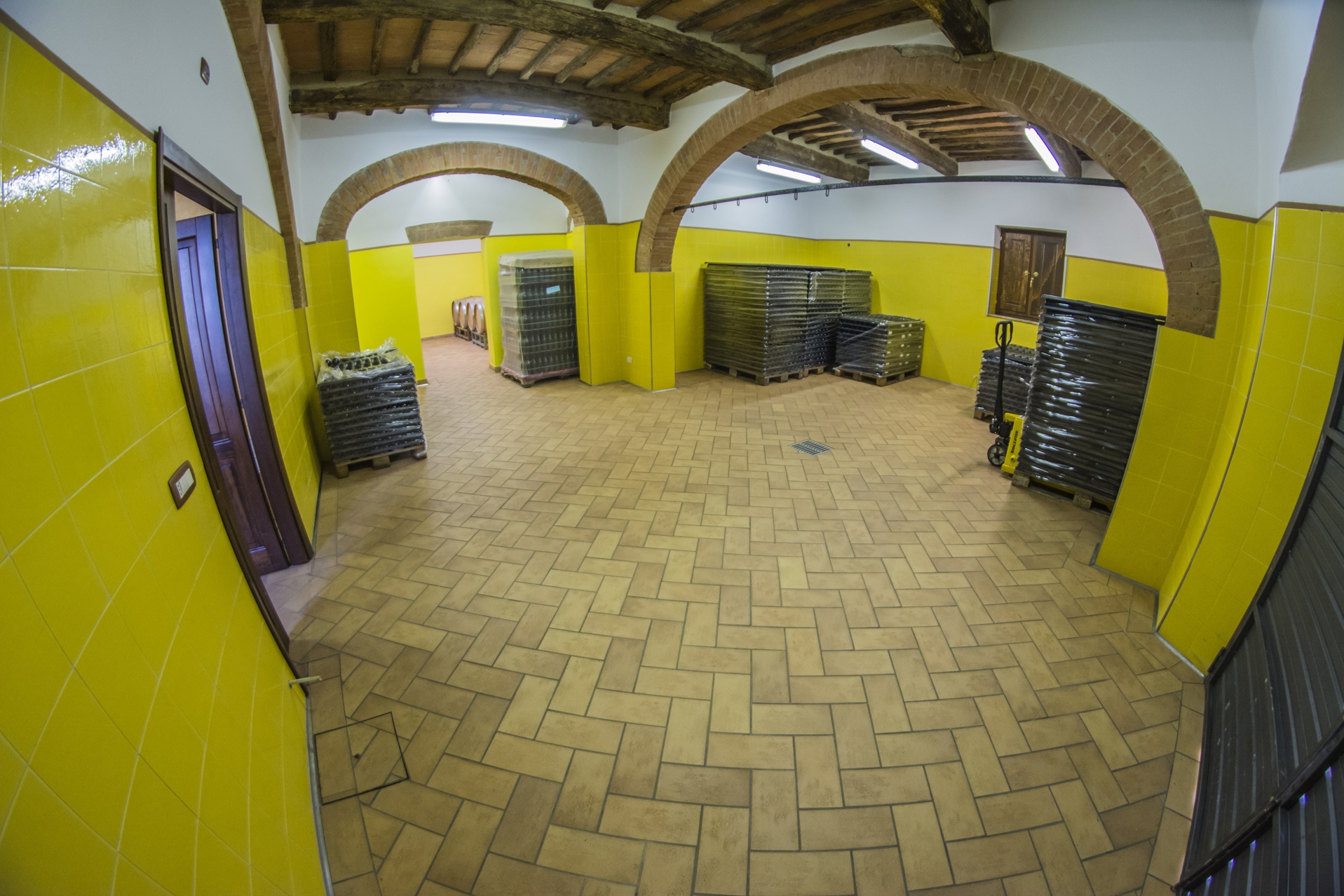 Lucignano is a beautiful fortified village, with a circular plan, which has preserved most of the original medieval architecture. Before entering the town, from the Sienese door, a brick source whose water collects in an underlying square basin. The sources attest to the presence of a hospital, in addition to some hotels. Interesting are the fourteenth-century Torre del Cassero and the beautiful church of S. Francesco (13th century) with a Gothic portal and frescoes by Bartolo di Fredi. The church of S. Cristina is remembered with hospitable annex since the tenth century. In 1276 it became a parish church and was dedicated to St. John the Baptist. Of Romanesque structure and several times remodeled it has, of particular interest, the coverage to the “French”, put in place with brick arches on which the beams rest. Inside, the baptismal font and canvases of good painters, among which, unfortunately only in copy, stands the Sienese Simone Martini. The spedale of Santa Maria alla Scala owned a fortified mill in the service of the Cuna grotto, of which remains the imposing brick tower, from 1322. On the upper floor there were lodgings for pilgrims. It is an agricultural village, surrounded by walls, with the church of Saints James and Modesto (1314).

If the Crete were the granary of the Terre di Siena, Monteroni d’Arbia was a very important farm of the ancient Sienese Republic. Like Buonconvento the town is crossed in full by the ancient Via Francigena which today corresponds to the road axis of the Cassia. Even today Monteroni expresses the vitality of this land thanks to a consistent artisan production and the traditional market. Testimony of its importance as a center of agricultural production is the fourteenth-century fortified mill easily visible for its large brick tower. On the road connecting Siena to Monteroni another important moment for the traveler in search of the genius loci of the Crete is the monumental farm of Cuna, an extraordinary fortified grotto that was part of the Santa Maria della Scala. Driving along the Cassia in the direction of Buonconvento you quickly reach the village of Lucignano d’Arbia, a fortified village where the Romanesque parish church of San Giovanni Battista, frescoed in the 16th century by Arcangelo Salimbeni, deserves a visit. Starting again from the Cassia, the road that leads to Radi will let us discover another beautiful stretch of the Crete, up to the magnificent Pieve di Corsano.